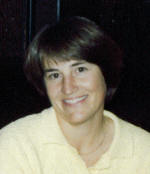 “On March 10, 2005, one of the finest fisheries biologists to have worked for the Michigan Department of Natural Resources, Janice Lee Fenske, passed away after a long and courageous battle with cancer. Jan was born on August 1, 1954 in Grand Rapids, Michigan and grew up in Grandville, graduating from Grandville High School in 1972. Jan received her BS degree in zoology from Michigan State University in 1976, and in 1983 a MS degree in fisheries management from the University of Michigan. In 1978, Jan accepted a position from the Michigan Department of Natural Resources, Fisheries Division as a Fisheries Technician in the Research Section. In 1983 Jan was promoted to a Fisheries Biologist position in Mio, Michigan, thus becoming the first female fisheries biologist to work for Fisheries Division. Subsequently, Jan became the first female District Fisheries Biologist for Fisheries Division when she was promoted to the position for the Mio District in 1985.

Jan worked in many capacities for Fisheries Division during her 27 years of service, including Research Fisheries Technician, Field Fisheries Biologist and District Fisheries Biologist, Natural Rivers Coordinator, Federal Energy Regulatory Commission Project Licensing Coordinator, and Tribal Unit Coordinator. Her love of the environment compelled her to work untiringly for the long-term protection and wise use of the State’s aquatic resources. Her accomplishments were numerous and her mentoring was invaluable to a whole generation of fisheries professionals. Jan’s dedication and hard work were frequently recognized by her peers and the public and her awards included Fisheries Division Chief’s Award and two Top Fin awards, the Michigan Council of Trout Unlimited’s Order of the Hexagenia Award, and the 2004 Justin W. Leonard Award of Excellence for outstanding professional achievement from the Michigan Chapter of the American Fisheries Society. She was particularly proud of her long association with the American Fisheries Society, which she joined in 1979. She engaged in many interesting professional debates and discussions at Michigan Chapter meetings and other Society meetings. Jan touched many professionals and non-professionals who dealt with natural resource issues with her passion for the resource and her direct and honest approach in dealing with the key fisheries issues of the day. 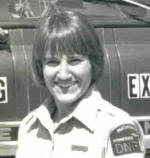 Although academic excellence was important to Jan, there is a broader human dimension that she exhibited not only with her colleagues in fisheries management, but also during her life with those of us who were blessed and lucky enough to have known and served with her. She had one of the best work ethics; she never shirked her responsibilities, nor did she ever try to avoid the most difficult of tasks.

Jan was the first female Fisheries Biologist and District Fisheries Biologist in the history of Michigan’s Fisheries Division. She took these challenges head on during a time when women were not readily accepted in such positions, and she succeeded beyond expectation. She courageously blazed the trail for others to follow with incredible willpower, resolve, and confidence that never waned even in the toughest of times, traits that are not often seen. Although she did not show it openly, Jan went through some very difficult times as she took on these positions and moved up in Fisheries Division in what was then perceived to be a “man’s division.” She succeeded in surmounting the obstacles thrown in her way, but these early events in her career left lasting impressions on her. Jan funneled those impressions into a strong desire to mentor future fisheries professionals and conservation stewards in Fisheries Division and across the landscape. It was always about others, not herself.

Jan also increased her attention to ensuring that honesty and integrity formed the basis for both management actions and resolution of problems facing Michigan’s natural resources. Her commitment to aquatic resource management was unquestionable. Jan’s ability to face and resolve tough issues, and especially her strength and courage, were unsurpassed. These characteristics and attributes were founded in her core set of values and principles, her beliefs about life, and she applied them to both resource management issues and her interactions with fellow humans, colleagues, and friends. This core set of values and principles that guided Jan in her daily life were unwavering, openly exhibited, and she took every opportunity to pursue them throughout her career. She never had a hidden agenda.

Jan will be missed by all who were associated with her. Her love for her fellow humans, her zest for life and positive can-do attitude, and her courage and strength leave a legacy that is treasured by all who knew her. Most importantly, however, the natural resources of the State of Michigan have lost an unflinching and tireless friend.”

Biography and Photos Courtesy of the Michigan American Fisheries Society